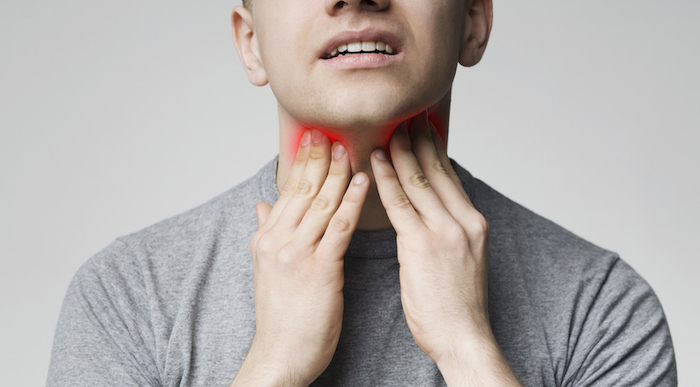 Parkway Cancer Centre’s Dr Ivan Tham looks at how chances of cure for this blood cancer were improved.

Nowadays, when we see patients newly diagnosed with Hodgkin lymphoma, we can reassure them that their chance of cure is close to 90 per cent, even if they have advanced disease.

Indeed, this is one of the success stories in the fight against cancer, and is a model of how well different teams of doctors and scientists can work together against a common enemy.

From the time this illness was first described by English pathologist Thomas Hodgkin in 1832 to the early 20th century, Hodgkin’s disease was considered incurable. In fact, it was a long time before it was even considered a cancer.

Early practitioners in the 1900s started to use radiation therapy (RT) to relieve symptoms by targeting and shrinking the affected lymph nodes.

From the 1920s to 1940s, they started to use RT in a systematic way, using larger radiation treatment portals to encompass adjacent nodal regions following the natural spread of disease, and not just the enlarged nodes.

In 1950, Dr Vera Peters, a budding clinician-scientist from Toronto, pub-lished her initial series of 113 patients treated with RT. She used a three-stage clinical classification system, and showed that many patients with early-stage disease could be controlled with RT.

However, more widespread disease still did not have a good outcome with localised treatment.

Though Dr Peters’ results were initially viewed with scepticism, her work eventually raised optimism in the oncology community.

At about the same time, in 1943, nitrogen mustard was being tested in the treatment of Hodgkin’s disease at Yale University. Response to this treatment was dramatic, but temporary.

In the 1960s and 1970s, new drug combinations were discovered which were shown to be very effective.

From the 1970s onwards, trials were started to optimise the combination of chemotherapy drugs with RT, in line with the trend that combined treatment was better than radiation alone.

As the cure rate improved, doctors began to see long-term side effects from RT or chemotherapy treatment. These included second cancers arising within or near regions treated with RT. This was particularly worrisome, since many patients with Hodgkin lymphoma were children or young adults.

As a result, several collaborative studies were started to try to reduce the radiation dose or area receiving radiation, or to completely omit RT.

In 2017, the Cochrane Library summarised the data from seven large randomised studies comparing chemotherapy alone with chemotherapy and RT.

Using Positron Emission Tomography (PET) scans, radiologists have demonstrated that patients with good treatment response after initial chemotherapy will have a higher cure rate compared to those who still have a visible tumour.

This raised the question: If the tumour can no longer be seen on a PET scan, can the patient be spared “unnecessary” treatment such as RT?

Recently, three large randomised studies were published to try to answer this question. In all three studies, patients with early-stage Hodgkin lymphoma had a PET scan after two or three cycles of combination ABVD chemotherapy. Those with very good response were randomised to either receive RT or not.

Consistently, the addition of RT improved the progression-free survival rates by 6.3 per cent to 11.9 per cent. There was no difference in overall survival, likely because patients who relapsed could be successfully treated with subsequent intensive treatment such as stem cell transplant.

These results suggest that PET scans may not be the best way to direct treatment de-escalation in this patient group.

Conversely, poor responders seen on PET scans could have extra treatment to try to achieve a cure. For advanced disease, RT should be used to target regions that are still active on PET scans, despite aggressive chemotherapy.

The good outcome for Hodgkin lymphoma seen today is the result of the close collaboration between scientists and different teams of doctors working towards a common goal – to cure this cancer.

But curing is not enough: We aim to achieve cure without complications.

Research is ongoing to individualise treatment so that the patients get “just enough, but not too much”.

Also, we are finding ways to reduce the late toxicities of treatment. For example, the use of proton beam therapy could reduce the chance of a second cancer by reducing some unnecessary radiation dose to the body compared to standard photon RT.

Many of these developments will take years to come to fruition. Meanwhile, we can use this model for multidisciplinary care to optimise care for patients today.

What is Hodgkin lymphoma?

Lymphoma is a blood cancer affecting the lymphatic tissues where the normal lymphocytes become cancerous. The two main groups are Hodgkin lymphoma and Non-Hodgkin lymphoma. Which type it is depends on the type of lymphocyte and which stage of the lymphocyte life cycle is at.

The causes of Hodgkin lymphoma are unclear, though several factors are known to be associated with it:

The presence of these symptoms does not necessarily mean that you have lymphoma; these symptoms are not due to cancer most of the time. However, if you have these symptoms, see a doctor so that you can be diagnosed properly and be given the appropriate treatment.

Ages of most of the people diagnosed with Hodgkin lymphoma.

Men are more likely than women to develop Hodgkin lymphoma.