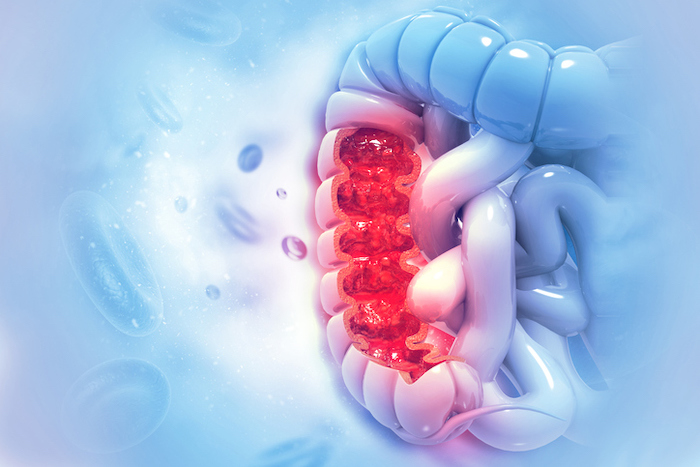 At a time when genetic testing is becoming more routine, the treatment of cancer has also become more personalised, as more is understood about the role our genes play in the development and metastasis of cancer.

In a CME Talk, Dr Brendan Pang, Consultant, Pathologist at ParkwayHealth Laboratory, explained how metastatic colorectal cancer (CRC) develops from polyps arising from the mucosa in the colon and announced some important developments in the treatment of the most common hereditary colorectal cancer syndrome, Lynch Syndrome, as well as other causes of microsatellite unstable cancer, other than Lynch Syndrome.

The combination of the traditional with the molecular knowledge of disease processes, to form one singular diagnostic opinion, or integromics, is helping to win the war on cancer today.

Most colon cancers begin with polyps. It is the cumulative effect of various genetic changes in our gastrointestinal mucosal DNA that cause polyps or cancer to form. Around 80-85% of cases are microsatellite stable (MSS). The progression of the disease in these cases will follow a sequence of further mutations, and the polyps eventually transform into a carcinoma and, left untreated, will metastasise to other organs.

While 80% of CRCs are of the sporadic type (non-hereditary), around 20% are inherited and may occur earlier in these patients, before or during the fifth decade, averaging ten years earlier than in the rest of the population. Of these, 10% may have a known genetic basis, such as the Lynch Syndrome or familial adenomatous polyposis (FAP).

Looking at the full burden of CRC, 20% are familial but not hereditary, meaning there is a family history of cancer with a significantly increased disease risk, but there is no known genetic basis to date. For example, FAP accounts for less than 1% of total colorectal cancer cases diagnosed, whilst Lynch Syndrome accounts for approximately 5%, making Lynch syndrome the commonest hereditary colorectal cancer syndrome.

Lynch Syndrome, a hereditary, non-polyposis colorectal cancer (CRC) syndrome, is caused by an inherited set of faulty genes that results in the inability of cellular DNA repair mechanisms to repair faulty DNA replication in dividing cells, which may eventually predispose an individual to developing multiple forms of cancer. Lynch Syndrome MSI-H CRC follows a different pathway than MSS CRC, and may develop in the colon, uterus, stomach, liver, kidney and brain, among many possible organs. Some surgeons may advocate that patients carrying this type of gene mutation undergo a subtotal colectomy to prevent another colon cancer from developing.

The cause of Lynch Syndrome

Patients with Lynch Syndrome may inherit a faulty gene in, most commonly, the protein MLH1 or MSH2, but also less commonly in MSH6 or PMS2. Around 70% of these patients will develop CRC in their lifetime, commonly before middle age. Taking of the family medical history may typically reveal multiple generations of the extended family having one or more types of Lynch Syndrome cancer and this is important to look out for.

A range of various mistakes or mismatches in the replication of DNA causes MLH1 and PMS2 proteins to join together in the nucleus of a normal replicating cell. This triggers other proteins such as MSH2 and MSH6 to bind to it to correct the DNA replication error. However, patients with Lynch Syndrome lose the ability to repair these mutations by their middle age. As a result, cancer develops in the mucosa and this is when we typically see patients present with CRC or other extra colonic cancers.

How to test for treatable molecular alterations in CRC

If you suspect Lynch Syndrome based on the cancer specimen test result or a strong family history of Lynch Syndrome, the MSI PCR test or MMR protein IHC test will identify the malfunction of the four aforementioned proteins. With new advancements in testing, the Idylla MSI-PCR test can deliver same-day results within 2.5 hours machine run-time, revealing whether a cancer is microsatellite stable or unstable without the need for matched normal tissue.

Additionally, Her2 testing by IHC and FISH, as well as single gene PCR, or NGS testing, for various mutations in the MAP kinase signalling pathway typically involving the KRAS, NRAS and BRAF genes, is vital, as knowing which genes and proteins are affected determines the type of treatment for this complex disease.

A new class of immune checkpoint blocking antibody (e.g. Keytruda), has been recently approved for microsatellite unstable (MSI-H) or mismatch repair deficient cancer. This type of antibody has been reported to have a dramatic response in a significant percentage of microsatellite unstable cancers, including Lynch Syndrome patients with metastatic cancer, as well as cancers with epigenetic promoter silencing of Lynch Syndrome-associated protein expression, which also causes mismatch repair deficient cancers to form in non-Lynch syndrome patients.

Keytruda is approved for use for all cancers associated with microsatellite instability or mismatch repair deficiency. Going back to the importance of testing to decide the right treatment, Keytruda does not have a high rate of response in microsatellite stable cancers, which may then require other tests such as PD-L1 IHC or tumour mutational burden (TMB) to be performed. Other antibodies against PD-L1 or PD-1, such as Nivolumab, are also proving to be effective at unleashing the immune system to promote the killing of cancer cells by our own lymphocytes.

Advances in the management of metastatic colorectal cancer

Typically, in stage 4 metastatic CRC, chemotherapy has been the mainstay of treatment. However, with advances in medical science and more personalised treatment based on information about a patient’s DNA, targeted therapy in combination with chemotherapy has increased overall survival for patients with metastatic cancer.

EGRF inhibitors Cetuximab and Panitumumab have been proven to work on KRAS, NRAS and BRAF wild-type colorectal cancers. Similarly, Her2 inhibitors Trastuzumab, Pertuzumab and a new drug Trastuzumab Deruxtecan are effective for use on Her2-expressing colon cancers. To attack the VEGF inhibitors, other drugs, first line Bevacizumab, second line Aflibercept and Ramucirumab and third line Regorafenib, target the VEGF pathway to cut off blood supply to the tumour.

This particular subset of CRC originates as a serrated adenoma in the proximal colon, is microsatellite unstable, hypermethylated, RAS wild type and commonly affects female patients with peritoneal and lymph node metastases. Treatment is aggressive but prognosis is very poor for these patients. However, a combination of 3 drugs has proved much better than chemotherapy alone.

Factors to consider in management

Considerations that come into play in managing patients with Stage 4 metastatic CRC and deciding on what drugs to use include the patient’s health, age and fitness level; type of mutation; location of the tumour; microsatellite instability; and metastases where chemotherapy with surgery may be curative.

Dr Foo Kian Fong cited two patient case studies to illustrate the advances in treatment. Patient A was diagnosed with sigmoid CC metastasised to the liver. His case was NRAS mutant, KRAS wild type, BRAF wild type, Her2 negative and microsatellite stable. He was given Capecitabine, Oxaliplatin and Avastin and underwent 3 cycles of the backbone chemotherapy drug 5FU and had a good response. He then underwent a liver resection and continued another 5 rounds of chemotherapy. Two years later elevated CEA levels revealed lung and liver metastases again and he is currently on a second line of chemotherapy.

In a second case, Patient X was diagnosed with descending very rare aggressive small cell neuroendocrine colon cancer, which metastasised to the liver. He opted for immunotherapy. Scans revealed that Patient X went into remission and is now well five years later.

New immunotherapy drugs have proven effective in some cancers including MSI high CRCs with survival rates much higher. However, immunotherapy has no effect on MMR-proficient CRC.

While advances in cancer treatments are encouraging, Dr Foo Kian Fong reminded GPs that they are in a powerful position, as the first point of contact, to aid in the prevention of metastatic CRC. He advocated regular screening and promotion of lifestyle changes for patients at risk.