Cardiovascular Toxicities of Cancer and its Comtemporary Treatment 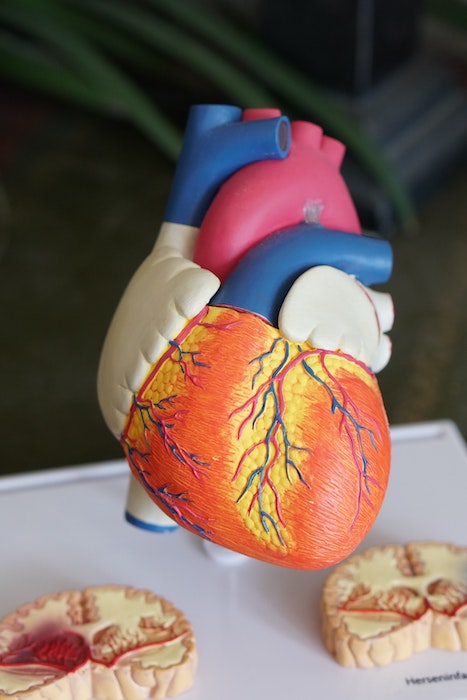 In a CME Talk, Dr Richard Quek, Senior Consultant and Medical Oncologist at Parkway Cancer Centre and Dr Jeremy Chow, Cardiologist and Electrophysiologist at Asian Heart and Vascular Centre, discussed the toxicities of systemic anti-cancer treatment and the side effects to the cardiovascular system in patients.

Dr Quek began his presentation by sharing that cancer treatments have improved significantly over the decades with more effective drugs made available to patients. In the pre-2000 era, we mainly had cytotoxic chemotherapy.

In the early 2000s a wide range of targeted therapies came into routine use. The 2010s heralded the era of immunotherapy and check point inhibitors. This had greatly improved the survival of our patients. But with any new therapies, we also started to witness unusual side effects. The combination use of different agents has also added to the increased toxicities of our patients. Thus, Dr Quek advised “with great power comes great responsibility”.

In this CME session, the spotlight is on cardio-toxicities. Currently there are no predictive biomarkers to indicate the likelihood of a patient developing cardiovascular complications, so each patient needs to be assessed and treated on a case-by-case basis.

The heart is a critical structure. It is made up of various key components including the myocardium (heart muscle), coronary arteries to supply oxygen and nutrients to the heart, conducting system and cardiac membranes e.g. pericardium. Anti-cancer drugs are known to affect many of these key structures.

Anthracyclines are commonly used to treat many cancers including sarcoma, lymphoma and breast cancers, and can give rise to cardiomyopathy and heart failure. Any dose of anthracyclines may be associated with cardiac risks, but the cardio-toxic effects are clearly dose-related. In sarcoma, the doses used are higher, and thus the risks are higher. Doses used in breast cancers may be lower but the much higher incidence of breast cancers makes this problem a real one.

Dr Quek shared a case of a patient in her mid-20s who developed a large chest lymphoma who needed anthracycline-based chemotherapy. While her cancer was cured with chemotherapy, she subsequently developed heart failure and eventually needed a heart transplant.

Trastuzumab has completely transferred the landscape and outcomes for patients with HER2-positive breast cancer and is now considered standard of care. HER2 targeting drugs like trastuzumab are known to cause cardiomyopathy and heart failure. Thankfully the cardiac toxicities are not cumulative and side effects tend to be reversable. This is in contrast to the aforementioned anthracyclines, whose toxicities are cumulative and cause irreversible cardiac damage. Close cardiac monitoring is mandatory in patients on HER2-targeting drugs.

A common chemotherapy drug and the main stay of a lot of cancer treatments is 5FU or 5-Flourouracil-based chemotherapy. This drug is linked to ischaemic heart disease. Symptoms can occur as early as the first three days of treatment. Patients may present with chest pains, angina or myocardial infarction (heart attack).

Dr Quek highlighted a challenging case he managed where a man in his 60s was diagnosed with high risk colon cancer that had not yet metastasised. He clearly needed adjuvant 5-Flourouracil-based adjuvant chemotherapy. This patient had a poor baseline cardiac function. While the 5-Flourouracil-based chemotherapy would help him, it was also accompanied by potential side effects of a heart attack so posed a real dilemma for the patient. In the end, chemotherapy was commenced, albeit at lower doses initially, and then slowly stepped up. This was done in close collaboration with his cardiologist. The patient completed all six months of his adjuvant treatment with no ill effects to his cardiac function.

The newest class of oncology drugs is immunotherapy, which unleashes the body’s natural immune system to act on the cancer cells and kill them. Unfortunately, immunotherapy can cause auto-immune diseases as the body’s immune system turns on itself and causes immune-related problems in body organs. It also uniquely affects the endocrine system, especially the thyroid and pituitary gland. As the immune system gets out of control, immune-related side effects appear including dermatitis, diarrhoea, endocrine-related issues followed by liver damage. The more these immunotherapy drugs are combined, the earlier and more severe these symptoms will appear.

Rarely, these immunotherapy drugs can cause cardiac side effects. Dr Quek cited the published case report of a 65-year-old woman with metastatic melanoma who 12 days into immunotherapy treatment, developed symptoms of myocarditis (inflammation of heart muscles). Within 24 hours, her heart rhythm was completely blocked. She was treated with steroids but her condition was complicated by multiple organ failure and she sadly passed away. Her autopsy revealed inflammation caused by the immunotherapy that targeted the skeletal and the cardiac muscles.

In another case, a lady was treated with immunotherapy for a large chest melanoma. While the treatment was very effective and completely eradicated her tumour quickly, it left a gaping wound in her chest. This raised the question as to whether these drugs, so effective in destroying cancerous tissue, could also have disastrous consequences in damaging normal tissue such as the heart. This is why, Dr Quek stressed, oncology and cardiology teams must work closely, to recognise these potential side effects and treat them pre-emptively if possible, or if they are already present, to manage them at the earliest stage possible.

Where cardiology treatment comes in

Dr Jeremy Chow went on to explain his role as a cardiologist in the treatment of oncology patients suffering side effects affecting the cardiovascular system. He explained that he sees a large number of cancer patients now that survivorship for cancer has increased over the last 20 years due to early detection and improved drug therapies.

He stressed that cases of heart failure were the most worrying as prognosis would not be as good, which can be devastating news to hear for a patient who has successfully beaten cancer. In fact, he equated the mortality rate of end-stage heart failure to pancreatic cancer at less than one year and advised that 50% of patients die within five years of diagnosis. Arrythmia cases are also challenging to manage but other side effects on the heart are treatable when detected early. A case in point was a 52-year-old patient who had survived breast cancer after a course of Herceptin and radiotherapy. Her oncologist had referred her after she complained of chest pains. Imaging tests revealed she had a narrowing of the left anterior descending artery, which was unusual as it was a focal disease. She was treated with stenting and is now doing very well.

In a second case, a patient with Her2 positive breast cancer with no metastasis underwent a mastectomy and was referred before her Herceptin treatment started. Imaging tests six months later revealed an enlarged heart that was not contracting well. Her chemotherapy was suspended until her heart issues could be stabilised. It was resumed two months later. While there is no such thing as zero risk with any dose, it is now known that Her2 receptors naturally occur in the myocardium, so additional doses introduced during chemotherapy increase the risk of heart complications. Dr Chow announced that following several studies, we should expect some key guidelines on onco-cardiology treatments soon.

He recommends following up on patients for at least six months after treatment as prevention and early detection of heart problems is easier to treat than when the heart is in failure.

Dr Chow’s third case involved a 65-year-old lady with metastasised RCC, who was referred to him with suspected heart failure. However, she was subsequently diagnosed with hypertension although she had no known history prior to cancer treatment. She was hospitalised and underwent an aggressive treatment of beta blockers and monitored closely.

His final case study described the treatment of a 69-year-old man diagnosed with stage 4 colon cancer who underwent a colectomy and Nivolumab chemotherapy. When referred to Dr Chow with suspected myasthenia, results revealed myocarditis even though the patient was asymptomatic.

Wrapping up, both doctors agreed that there was a need for oncology and cardiology teams to work together to manage heart problems pre-emptively and proactively for patients susceptible to such cancer treatment side effects.