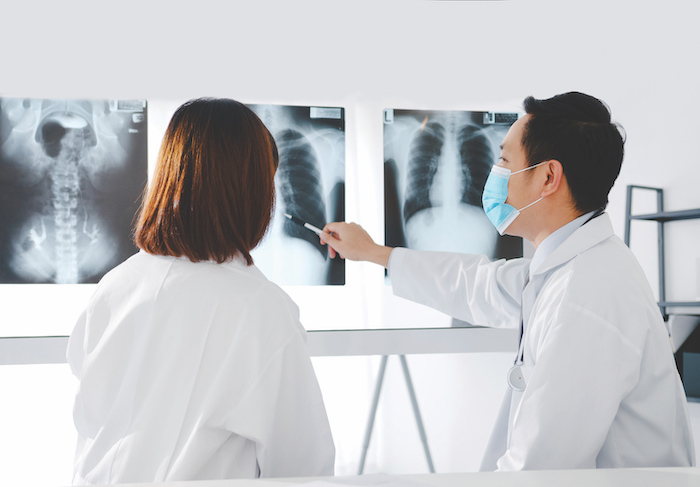 The cure rate of lung cancer has remained low in most countries, at around 15 percent. But new forms of therapy discovered in the last 15 years can improve a lung cancer patient’s survival rate. Here are five things to know about lung cancer treatments:

Low-dose chest CT scans have been found effective in screening for lung cancer. With the increased adoption of this screening, more cases of lung cancers can be diagnosed earlier.

The use of new treatments like Targeted Therapy and Immunotherapy are also improving cure rates.

The first driver mutation in lung cancer was discovered in 2004, which allowed the development of Targeted Therapy—drugs which target the mutation, leading to dramatic shrinkage of the tumour.

Because these drugs target only cancer cells with the driver mutation, they do not affect normal cells as much and thus have less side effects. Also, most drugs used in Targeted Therapy are oral tablets, reducing the need for frequent clinic visits and invasive procedures for intravenous treatment.

In patients with stage 4 lung cancer, Targeted Therapy is very effective. In general, two-thirds to three-quarters of patients will have a significant reduction of tumour size. Depending on the types of mutation, the median duration of control with Targeted Therapy alone can last from one year to more than 5 years. Most drugs in Targeted Therapy, especially the newer ones, can also penetrate the blood brain barrier well, making them effective in controlling cancer that has spread to the brain.

For a patient to benefit from Targeted Therapy, the specific driver mutation in each patient has to be identified and matched with the mutation-specific targeted drugs.

The tests for mutations used to be labour-intensive and require a large amount of tumour tissue if a large number of mutations are to be tested for. But a new test, Next Generation Sequencing (NGS), allows testing of up to several hundred mutations at the same time.

NGS is now readily available, less costly and results can be obtained in a shorter time. NGS can also be performed on blood specimens.

Immunotherapy is another treatment for lung cancer. Unlike chemotherapy or targeted agents, immunotherapy drugs do not kill cancer cells directly. Instead, they stimulate the patient’s own immune system to seek out and kill the cancer cells. The effect on the body’s immune system in some patients may be long-term (similar to that of vaccination), providing the hope that immunotherapy can provide long-term control, if not a cure.

Also, for selected patients who had progressed on targeted therapy or immunotherapy, chemotherapy alone can be a good option.