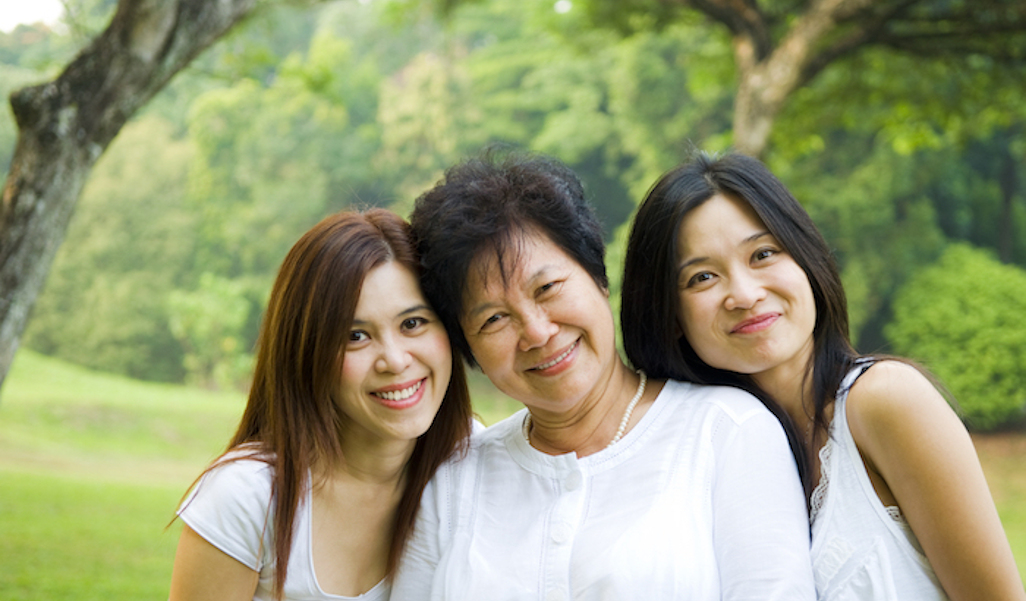 The cancer occurs in the uterus, where the development of a foetus takes place, and starts when cells in the inner lining of the uterus begin to grow out of control. The growth of the cancer cells is stimulated by estrogen, which is a hormone produced by the ovaries as well as fat cells in the body.

Uterine cancer is more likely to affect older women who have undergone menopause, women who are obese, have no children, or experience early menstruation and late menopause. Those who are on estrogen-only hormone replacement therapy may also face a higher risk. Some inherited conditions can also increase the risk of endometrial cancer.

The good news is, uterine cancer is highly treatable. If it is detected early and treated, the chances of a cure can be above 90 per cent.

As there is no standard or routine screening for uterine cancer, women are advised to go for regular screening especially if they have the higher risk factors or have a family history of the cancer. Look out also for signs and symptoms, which can help detect the cancer as early as possible.

Screening usually involves an ultrasound scan of the pelvic region, which allows doctors to check the uterus, cervix, ovaries, and fallopian tubes, or a transvaginal ultrasound, which will help detect any tumour in the uterus or check if the endometrium is thicker than usual. If uterine cancer is suspected, it is usually diagnosed through an endometrial biopsy, which involves taking and testing sample tissues from the uterus.

In Singapore, ovarian cancer was the fifth most common cancer among women between 2011 and 2015.

Ovarian cancer occurs as a result of malignant growth from the ovaries. They can be epithelial – that is, arising from the skin, or epithelium, of the ovary – or the internal parts of the ovary, such as the egg cells (germ cell tumour) or supporting cells (sex cord/stromal). The former is far more common than the latter.

Ovarian cancer usually affects older women, though young women are more likely to suffer from germ cell cancers of the ovary than their older counterparts. Women who give birth at an older age or who have no children, experience menstruation early, or have menopause late are also at increased risks. Some gene mutations which are inherited also increase the risk of ovarian cancer.

Unfortunately, there is currently no effective screening test for ovarian cancer. Women who have a strong family history of breast or ovarian cancer are therefore advised to go for genetic counselling and testing.

Screening usually involves ultrasound examination of the pelvic area. A blood test called CA-125, which measures a protein in the blood, can also be done.

Cervical cancer was the 10th most common cancer among women in Singapore between 2011 and 2015. Cervical cancer is a malignant cancer that forms in tissues of the cervix (the organ connecting the uterus and vagina).

About 80 to 85 per cent of cervical cancers are caused by the human papillomavirus (HPV), transmitted sexually. The HPV affects as many as half of women who are sexually active.

When exposed to the virus, most infections can be cleared by the body’s immune system. However, in 20 per cent of women, the virus stays in the cervix, increasing the risk of infection of the cervix which can eventually lead to cell changes and cervical cancer.

Thus, a woman can be infected with HPV in her 20s, which develops pre-cancerous changes when she is in her 30s, and results in cancer when she is in her 40s. Regular cervical screening is therefore important, because by the time obvious symptoms are detected, it may be too late.

Cervical cancer is one of the most preventable, detectable, and treatable cancers if detected early enough. Regular Pap smears – taking samples of cells from the surface of the cervix – can detect pre-cancerous changes in the cervix. These changes can then be easily treated.

Regular Pap smears have been shown to reduce the incidence of cervical cancer by as much as 90 per cent. Tests for high-risk HPV can also be done on these cells to check for the type of HPV that causes cervical cancer.

The risk of cervical cancer is higher in women who have many sexual partners, who start unprotected sexual intercourse at an early age, or who have a history of sexually transmitted diseases. Smoking and a weakened immune system can also increase the risk.

Women who are aged 21 or older, who have engaged in sexual intercourse or are sexually active, are thus advised to go for regular cervical screening. They can also get vaccinated with a HPV vaccine, which will help prevent infection and thus lower the risk of cervical cancer.