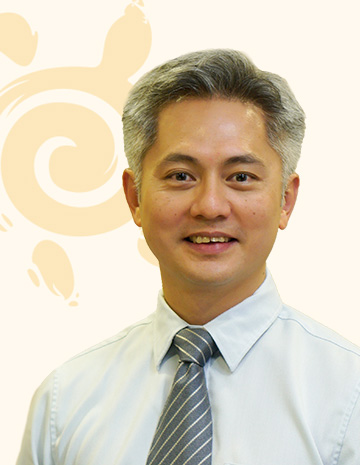 Dr Richard Quek is a Senior Consultant, Medical Oncologist at Parkway Cancer Centre. He is experienced in general medical oncology, with subspecialty interests in the management of sarcoma, gastrointestinal stromal tumours (GIST), melanoma and lymphoma.

Dr Richard Quek graduated from the National University of Singapore (NUS) in 1997. He received his internal medicine and medical oncology training at the Singapore General Hospital and National Cancer Centre Singapore (NCCS). In 2008, he was awarded the Singapore Government HMDP fellowship to pursue advanced training and research in the field of soft tissue and bone sarcoma at the DanaFarber/ Harvard Cancer Centre, Boston, USA. And in 2009, he was awarded the National Medical Research Council (NMRC) fellowship to further his research work in USA.

Prior to joining Parkway Cancer Centre, he was the Deputy Head, Division of Medical Oncology at the NCCS from 2013 – 2018. During this period he also served as the Program Director of the Singhealth Medical Oncology Senior Residency Program.

Dr Richard Quek founded the Singapore Sarcoma Consortium in 2013 and the Asian Sarcoma Consortium (ASC) in 2015. He has received numerous awards including Service Excellence Awards in 2004 and 2005 and the Singhealth Outstanding Educator Awards in 2013 and 2015. He has published more than 70 papers in peer-reviewed journals and continues to be actively involved in research and education.