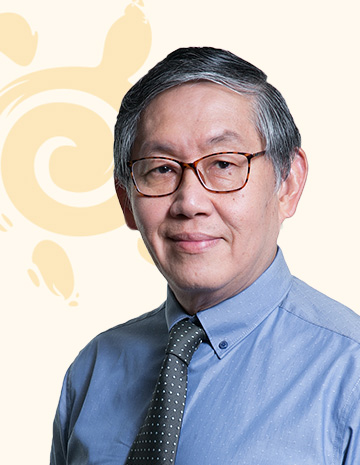 Profile
Dr Yang Tuck Loong Edward is a Senior Consultant, Radiation Oncologist at Parkway Cancer Centre. He is experienced in treating malignancies in all sites. He has special interests in the management urologic, breast, gynaecological and prostate cancers and central nervous system tumour including brain and spine tumours using stereotactic volumetric arc therapy. He also has vast experience in treating head and neck and lung malignancies. He also has significant experience in SBRT, IMRT and SRS using both linear accelerator based frameless SRS as well as Gammaknife procedures. He has now 35 years of Radiation Oncology experience.

Dr Edward Yang graduated from the National University of Singapore in 1981. He started his training in Radiotherapy in 1983. He did his post graduate training in the Singapore General Hospital and National Cancer Centre Singapore, and had worked in the United Kingdom as Senior Registrar in Middlesex Hospital London and honorary lecturer for the Middlesex-University College Medical School from 1986 to 1988.

Dr Edward Yang Tuck Loong was previously the Senior Consultant in Radiation Oncology at the National Cancer Centre. He led in Urologic Oncology in the Department of Therapeutic Radiology. Dr Yang began a very effective and successful 3D conformal radiotherapy programme for prostate cancer in 1997. As technologies progressed he now does IGRT (Image Guided Radiotherapy) as a routine for all patients to ensure optimum accuracy and therefore enables better sparing of adjacent normal tissue.