What Is Proton Beam Therapy? 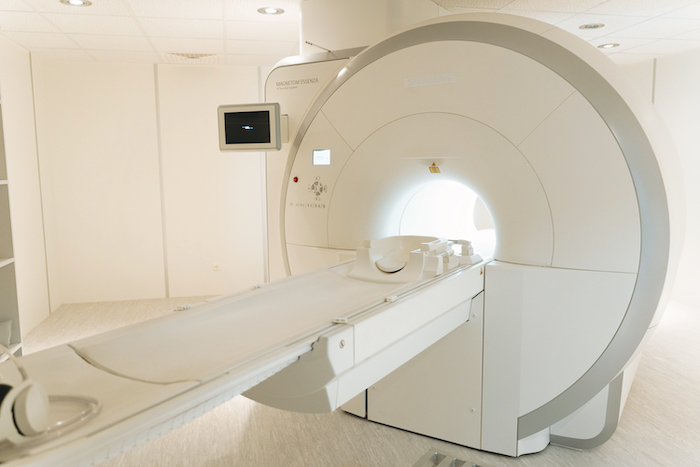 Proton beam therapy (PBT) comprises a mode of radiation therapy delivered using accelerated proton particles rather than traditional X-rays. This HealthNews, Dr Lee Kim Shang, Senior Consultant, Radiation Oncology tells us more about how PBT works in cancer treatment and what patients can expect from it.

A large percentage of cancer patients receive radiation therapy as a sole primary treatment, or in combination with surgery, chemotherapy and immunotherapy.

When radiation is directed to cancer cells, the radiation absorbed results in DNA damage and if severe enough, leads to cancer cell death. Unfortunately, surrounding normal tissue may be affected too.

In cancer treatment, the ionising radiation delivered to cancer cells are either photons or particles. The former consists of high energy X-rays and gamma rays whilst the latter—which we see in PBT—include protons, electrons, neutrons and heavy carbon ions.

How does PBT work?

Protons are positively charged particles and are extracted from hydrogen atoms. The proton particles are then injected into either a cyclotron or a synchrotron which acts as a particle accelerator.

Using electromagnetic fields, the cyclotron accelerates the protons in a circular path and increases their energy to a total of 70 to 250 million electron volts—energy levels that are enough to deliver the protons to the tumour at any depth within the patient’s body. A series of superconducting magnets then move these accelerated protons through a beam-transport system as they leave the cyclotron or synchrotron into the patient treatment room.

Traditional external beam radiation therapy uses X-rays or gamma rays, which deposit their energy along the path of the beam to the targeted tumour and beyond, and deliver radiation to healthy tissues before and after the tumour site.

This radiation ‘exit dose’ may cause long term side effects because it can damage the normal tissue or organs near the tumour.

The advent of PBT brings this safety to a higher level.

In PBT, the radiation oncologist can control where the proton releases the bulk of its energy. As the protons move through the body, they slow down and interact with electrons, and release energy.

The point where the highest energy release occurs is called the ‘Bragg peak’, which is made to coincide with the position of the targeted tumour. Beyond this Bragg peak, there is negligible cell damaging energy and allows for better sparing of healthy tissue.

Who would benefit from PBT?

It must be emphasised that current modern traditional radiation therapy is already safe. However, PBT can improve safety levels further.

Paediatric tumours would benefit from PBT as it may significantly reduce acute and long-term side effects such as: growth abnormalities, neurologic complications, reduced IQ, cardiac, lung and bowel side effects, reduced fertility and second malignancies.

Central nervous system tumours, sino-nasal tumours, base of skull and sacral chordomas comprise other examples. Re-treatment of tumours in previously irradiated sites may also benefit from PBT. For such patients, case selection is important

Clinical studies and trials are ongoing for tumours in sites such as head and neck, oesophagus, lung, breast, liver, pancreas and prostate. The challenge is in obtaining mature data for objective comparison between PBT and modern advanced radiation techniques such as intensity-modulated radiation therapy (IMRT). The paucity of cost-effective studies between the two modalities is another hurdle to approving PBT for a wider range of tumours due to the higher cost of PBT treatment, which can vary from 2–3 times the cost of IMRT treatment.

Undergoing PBT - what patients can expect

PBT is not very different from the process employed during traditional radiation treatment.

Selected patients would undergo the process of fitting of immobilisation devices, treatment simulation with CT scans and/or PET-CT scans, and/or MRI scans for tumour localisation, days before the actual delivery of PBT.

The radiation oncologist would then carry out treatment planning with his team of dosimetrists and physicists for the best dose distribution to achieve best coverage of the tumour while reducing radiation doses to normal tissues. Patient quality assurance is then carried out before the treatment commences.

Special care is taken in ensuring accurate treatment set up, including CT imaging to ascertain the exact position of the tumour and positional correction. PBT is very unforgiving for set-up inaccuracies because of the Bragg peak phenomenon.

For children, sedation is often employed to avoid movement-related inaccuracies during treatment. The process often translates to a slightly longer treatment session for each patient.

However, in locally advanced cancers, combination with chemotherapy and/or immunotherapy would give better outcomes.