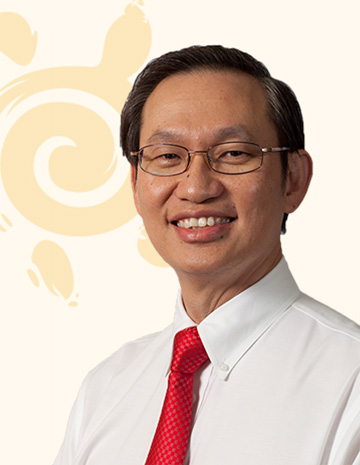 Dr Ang Peng Tiam graduated from the National University of Singapore (NUS) with Bachelor in Medicine and Surgery in 1982. He did his residency in Internal Medicine and was conferred the Master of Medicine (Internal Medicine) in 1986. He completed his Fellowship in Medical Oncology at MD Anderson Cancer Centre, Houston, Texas and Stanford University Medical Centre in 1989.

Dr Ang Peng Tiam has been in private practice since 1997. He leads the team of more than 15 senior consultants and consultants in medical oncology, haematology and palliative medicine to provide care for cancer patients.

Dr Ang Peng Tiam was awarded Singapore President’s scholarship in 1977. He was awarded the Prof Sir Gordon Arthur Ransome Gold medal for being the top candidate in the Master of Medicine Clinical Examinations in 1986, and Singapore’s National Science Award in 1996 for his outstanding contributions in Medical Research. In recognition of his public service, the Sultan of Kedah conferred upon him a datukship in 2003.