Digging Deeper into the Causes of Cancer 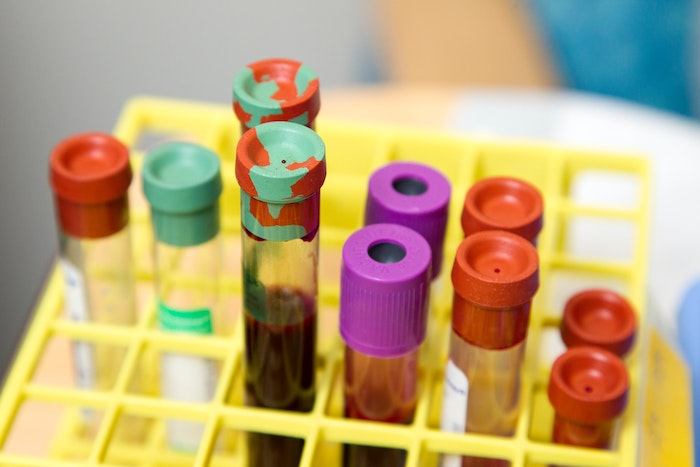 Tumour board cases at Parkway Cancer Centre reflect the need to understand cancers at anatomical as well as molecular levels.

The fourth online CME webinar session saw three cases being discussed at a tumour board, an education forum showcasing difficult cases that Parkway Cancer Centre doctors have encountered in their daily practice.

As doctors took turns to share their experiences, discoveries, and insights, the cases reflected the importance of getting a deeper understanding of the cancers involved, both at the anatomical and molecular level, which enabled them to consider better treatment options to ensure better outcomes for their patients.

As Dr Richard Quek, a Senior Consultant Medical Oncologist, who hosted the session, commented that one common thread running across the three cases was the molecular mutations involved. “We need to dig deeper to see what is causing the resistance to drugs, so that we can have specific drugs for specific mutations. We need to tease it out.”

Presenting the first case, Dr Lim Hong Liang, Senior Consultant Medical Oncologist, gave an account of a 65-year-old female patient who was diagnosed with advanced lung adenocarcinoma with EGFR mutation and secondary MET amplification in May 2019.

The patient was treated with osimertinib with improvement of her tumour related symptoms and tumour markers. A follow-up response assessment scan two months later, however, showed progression of her lung primary and adrenal metastasis. The short progression-free survival of two months was “unusual”, Dr Lim Hong Liang noted.

The patient’s tumour progressed after four cycles of chemotherapy.

Eventually, the results of the Next-Generation Sequencing mutation test came back positive for the original EGFR mutation, as well as a new MET amplification. The patient was started on gefitinib (an EGFR inhibitor) and capmatinib (a new recently approved specific MET inhibitor). A near complete remission was noted on the latest PET/CT scan, after six months of the new oral combination.

At this point, Dr Brendan Pang, a Consultant Pathologist with ParkwayHealth, joined the panel to discuss the different types of MET genetic alterations, and ways to test for MET amplification and mutations. He compared the tests – immunohistochemistry, RT-PCR, FISH, and Next-Generation Sequencing by DNA or RNA – and explained the pros and cons of each, as well as how effective they picked up MET mutations.

As for treatment, Dr Lim Hong Liang discussed the targeted options for both MET mutations and amplifications – crizotinib, capmatinib and tepotinib.

Capmatinib was approved by the US FDA on 6 May 2020 for treatment of MET exon 14 skipping mutation in positive lung cancer, while tepotinib was approved in March 2020 by the Japanese health authority for the same patient population.

Looking at the prevalence of MET mutation and amplification in NSCLC, the efficacy and availability of MET targeting agents, Dr Lim Hong Liang suggested: “It’s about time we start upfront testing for MET genetic alterations.”

He also noted that doctors needed to understand the different types of tests well. “We need to know what we’re testing for and the limitation of these tests so that we don’t miss out any mutation.”

In the second case, Dr See Hui Ti, Senior Consultant Medical Oncologist, shared the case of a 51-year-old woman who was diagnosed with a tumour at the left ureteropelvic junction. A PET-CT scan showed she had para-aortic disease, while an extended left nephrectomy frozen section revealed a poorly differentiated tumour in the lymph nodes and an enlarged fallopian mass.

Subsequent tests and pathology showed that the patient had BRCA1 founder mutation even though she had no family history of the disease, and a Next-Generation Sequencing of her urothelial cancer showed BRCA2 somatic mutation.

The patient was put on paclitaxel and carboplatin, and has been on normal PET-CT olaparib maintenance for nine months.

Here, Dr Tan Min-Han, Medical Director of Lucence Diagnostics, joined the panel to offer observations on genetic mutation and somatic mutation of urothelial cancer. He noted that this patient had an “interesting disease”. “Germline is hereditary in nature, and tissue testing can pick up – but not always – germline mutations. In this patient, we see that tissue testing has also picked up germline mutation,” he noted.

Dr Brendan Pang, too, commented on the histopathological considerations, adding that this was “a very challenging diagnosis to make”.

Giving an overview of treatment for such cases, Dr See said that the majority of patients are usually given multiple lines of cytotoxic chemotherapy, which is associated with cumulative toxicity and decreasing periods of remission. She compared the survival rates of the various subtypes of ovarian cancer, noting that high-grade serous types are not always a “bad thing” as they are more sensitive to treatment than low-grade serous types. Endometrioid subtypes also tend to show favourable prognosis and respond well, but clear cell carcinoma and mucinous carcinoma are the “dreaded” ones, as they do not respond well to chemotherapy.

Noting that the treatment of ovarian cancer has evolved significantly over the years, Dr See highlighted several breakthroughs, including targeted therapy. However, she added, therapies such as avastin, while being able to prevent cancers from progressing and spreading, have not been able to kill the cancer cells.

What has been even more significant in recent times is the discovery of BRCA mutations, which allows doctors to use PARP inhibitors like olaparib, rucaparib and niraparib to target cancer cells. The recommendation is thus for all patients to undergo mutation testing – even when they do not have any family history of ovarian cancer. “If they have family history, they are more likely to have mutation,” noted Dr See. “But absence of history does not make it impossible to have mutation.”

Unfortunately, some women tend to see genetic testing as superfluous because they have no children, or do not want to find out that they face higher risks of cancer. Or, they fear the risk of use of associated treatments like avastin.

“So our ability to treat genetic mutation depends on patients’ understanding of mutation testing,” observed Dr See. “It can make a difference in the therapeutic choices.”

The third case was that of a 38-year-old woman who was diagnosed with diffuse large B-cell lymphoma (DLBCL).

Dr Colin Phipps Diong, Senior Consultant Haematologist, explained that DLBCL is a heterogenous disease. The use of gene expression profiling has subdivided DLBCL into GCB and non-GCB (ABC) groups based on the putative cell-of-origin (i.e. during which stage of B-cell development within the lymph nodes, the normal counterpart cell is from). This categorisation can also be made with significant accuracy using immunohistochemistry (IHC) which is available in all laboratories in Singapore that report lymphoma biopsy samples. This information is highly relevant because of the prognostic subgroups within the GCB and non-GCB types.

The identification of the latter groups depend on testing for MYC, BCL2 and BCL6 by IHC and fluorescence in-situ hybridisation (FISH). Patients who have disruptions on FISH in a double-hit or triple-hit pattern or whose DLBCL tumours express both MYC and BCL2 by IHC, have poor prognoses compared to other groups of DLBCL patients.

“What we learnt from data sets is that the simple categorisation of DLBCL into GBC and ABC does not define two prognostic groups,” said Dr Phipps. “But, if you look into the subsets, you will find patients who have good or bad prognosis, depending on the presence or absence of MYC, BCL2 and BCL6 disruptions and/or expression.”

In a phase III randomised controlled trial, the combination of ibrutinib and R-CHOP showed improved progression-free survival as well as overall survival in subset analyses of patients younger than 60 years old, especially those with the so-called double-expressor cases.

In the case of the patient treated – a double-expressor ABC-subtype – Dr Phipps reported that after the ibrutinib plus R-CHOP combination and intrathecal chemotherapies, she showed marked improvement.

In the question-and-answer session that followed, Dr Phipps was asked regarding the role of consolidation therapies with radiotherapy and autologous stem cell transplant (ASCT).

With regard to radiotherapy, if this patient has a good response without residual disease at the end-of-treatment, then he would omit radiotherapy. The size of the tumour at the time of diagnosis was no more than 4 cm in its longest dimension.

As for upfront consolidation with ASCT, the role remains controversial because studies have shown that this approach does not consistently provide better results than the usual chemo-immunotherapy induction approach. Because of this, upfront ASCT is not practised by Dr Phipps.