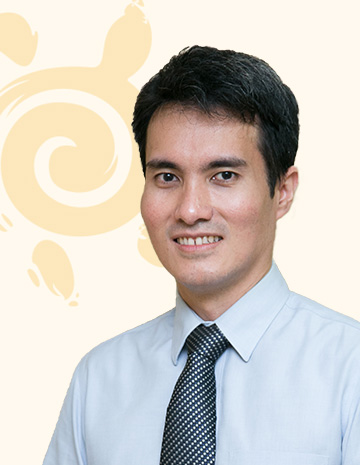 Dr Colin Phipps Diong is a Senior Consultant, Haematologist at Parkway Cancer Centre. His subspecialty interest is in lymphoma, leukaemias and myeloma, as well as haematopoietic stem cell transplantation.

He received his medical degree from the National University of Ireland in 2002 and subsequently completed Internal Medicine residency and specialist training in Haematology at Singapore General Hospital. He obtained his MRCP (UK) and FRCPath (UK) in 2006 and 2011, respectively. He was awarded the HMDP fellowship to pursue subspecialty training in Lymphoma and Bone Marrow Transplantation at the renowned Fred Hutchinson Cancer Research Centre in Seattle.

Dr Phipps spent ten years with the Department of Haematology at Singapore General Hospital. He was appointed Lymphoma Director in 2012 and helped build the lymphoma program, later becoming Lymphoma Lead for the SingHealth-DUKE Blood Cancer Centre. He has overseen the management of hundreds of patients with complex blood cancers, including resistant lymphomas and those undergoing transplantation. He also headed numerous Pharmaceutical-sponsored and Investigator-initiated Clinical Trials. Through Investigator-initiated Trials, he designed treatment schema incorporating novel targeted agents and immunotherapies into current standard treatment to try overcome treatment-resistance.

Dr Phipps has also been actively involved in undergraduate and postgraduate training of young Doctors in Singapore. He currently sits on the Residency Advisory & Exam Committees for Haematology Training in Singapore, Medical Panel for Bone Marrow Donor Program Singapore, and Chairs Board F of the Ethics Committee in SingHealth. He has authored more than thirty papers in peer-reviewed journals, including Transplantation, Critical Reviews in Oncology-Haematology, and Bone Marrow Transplantation. His expertise in the field of lymphoma and bone marrow transplantation has led him to serve as Advisor to numerous regional and international Expert Panels and Education Programs.